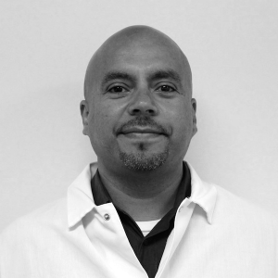 Juan Aguinaga, creative werks’ Production Supervisor, joined the team in June  2013 at the opening of Brummel operations. Juan and his wife moved from Chicago’s Pilsen neighborhood to the suburbs to raise their children, four daughters and a son. With the kids all grown, they now enjoy being grandparents to five (four granddaughters and one grandson). Having worked in fields ranging from fraud analysis to carpentry, creative werks appreciates his leadership, problem solving ability and strong work ethic. When creative werks acquired its third production facility in Bartlett, Juan was more than happy to carry the cw torch and continue the good work on the production floor. Read on to learn more about Juan, where he’s itching to go, his favorite parts of the Windy City, and more!

What do you tend to splurge on?

Food, I love going out to eat. Wildfire in Schaumburg is a favorite: Filet Mignon Wellington with twice baked potato is highly recommended.

What was your first concert?

What I remember about being 10 is going to school and loving little league baseball. My brothers and I would play from morning to night.

What’s your favorite spot in the city of Chicago?

Chicago has so much to offer hard to say favorite spot. But if I had to pick a spot I would have to say lakefront. Museums, restaurants, Bears, zoo, biking, swimming, volleyball, soccer, softball, concerts, so on and so on. Always something to do. 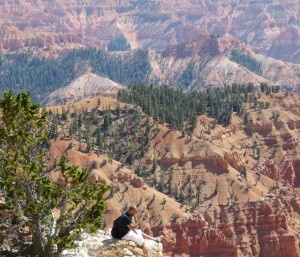 Pictured here in Utah’s Bryce Canyon National Park, Juan remarks, “I love the Southwest; so beautiful and so much to see.”

If you won a free plane ticket to anywhere, where would you go?

This plane ticket would take me around the world and I would stop in 1 city, on every continent. Does Antarctica have a city?

There seemed to be an excitement around cw, like there was something special happening, and I wanted to be part of it. Throughout my journey I have realized sitting at a desk is not for me. My first job in the food industry started 6 years ago where I worked as QC and then Supervisor. Now I'm at the best company in the world!

Juan and his celebrity Doppelgänger, Dwayne “The Rock” Johnson.

Where did you grow up?

Elgin Illinois. Did you know that in the early 1900’s the entire nation used to set their pocket and wrist watches to “Elgin time”? The Elgin watch factory had an observatory they used to set time using the stars. Which at that time was the most accurate way to tell time. “Elgin takes the time from the stars and puts it into your pocket.”

Clowns. They freak me out.

Who’s your hero? Why?

My dad. Very strong work ethic. Taught me the value of hard work.